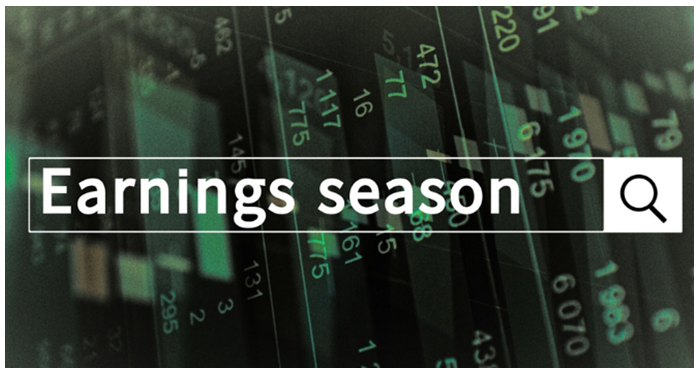 It was a good week again if measured by blog productivity 📝

Besides that I also enjoyed the weather and being around the house. Summers are great in Poland and the weather has just been lovely in the last few days.

I hope you’ve been enjoying the week as much as I do and I’m glad that you stopped by for another 5-Bullet Sunday.

Something on my mind this week was the annoyance about some of the Twitter folks on the “money side” of Twitter. When I read their Tweets then there’s generally a strong notion of:

What is mind-blowing to me is the amount of popularity that these folks have. There’s so much nonsense in there and at the same time it’s so belittling and “elitish”. I’m afraid that many of their followers will later feel guilt for not being rich. And that’s a mindset issue, right?

I would’ve never have been writing here if the Dutch educational system back in early 2000 was based on a “loan-based” system. I’ve lived in poverty for most of my teenage years (bijstand) in which we just had 25 Euros per week for food to come by with (big family = noodles + meatloaf).

My mindset around that time was about saving every single cent that we could find and I was very “debt-averse”. My family was pretty much in this situation due to a lot’s of debt.

So there I was at 18 years old, I just graduated high-school and I didn’t know what to do. I did have a choice though: start working or go to University (Hogeschool).

Honestly, I was leaning towards going to work, because it would provide additional income for the family. And that’s what I’ve done the first year. I was literally going from job to job during that year, because most of my work was seasonal related.

But after a year I noticed that several people told me that I should go to Uni instead of work, because I’m “too smart” for such kind of work (brushing, washing windows, collecting boxes). This finally pushed me to visit an open day at the nearest by University.

This is where I saw an interesting 4 year study, because it had something to do with “computers”. No clue what it was further, but it sounded interesting enough!

So that’s when I had to figure out how I would ever be able to pay for it and after lot’s of calculations I figured out that it is possible for me to get through University without a single cent in debt.

And that’s what I did. I was a beneficiary of the “aanvullende beurs” (additional scholarship for students from “poor” families”), lot’s of discount options (i.e. public transports) and I was able to work an additional 15 hours per week. This gave me exactly the amount of money that I needed and I hit all the marks in those 4 years.

I graduated with a lot of pride.

I also learnt so much during those 4 years so that it created a whole new world of opportunities to me. Those opportunities brought me a middle-class job straight from Uni without any glass-ceiling.

So here I am now and getting annoyed by those Money Twitter folks, so let me share you some of my thoughts:

We think too small, like the frog at the bottom of the well. He thinks the sky is only as big as the top of the well. If he surfaced, he would have an entirely different view.

I was in a very narrow well and I have jumped into the well in which I’m living today. I was able to jump into this well due to the equal opportunities provided by the Dutch government, an encouraging family (!!!) and all that in combination with a very curious mind.

Unfortunately, several of my old friends from those teenage years are still living in poverty and several of them got addicted. I strongly believe that this isn’t due to “their mindset” and I can’t blame them for the choices that they made in their teenage years. It was tough….

I rather believe that it’s due to the hands that they were dealt with and not having had a proper role-model.

In case of my friends they simply had nobody at home who was telling them bedtime stories that there might be something else out there in the sky….

The opposite of this for me is privileges and I’m in a very fortunate and humbled position to be able to pass those on to my kids.

Assa Abloy AB ⚔ published their Q2 interim report. Covid-19 had no mercy on them! Net sales decreased by 15% and their earnings declined by 45%. 30 factories had to be closed during the midst of the lockdown, but luckily all of them have opened up again. The company expects the financial performance to gradually improve.

Please be aware that their status in the Noble 30 index is at risk. The company paid out 2.00 SEK in dividend per share due to regulatory pressures. They still have an ambition to propose a second dividend of 1.85 crowns per share later in 2020 “when the consequences of the Covid-19 pandemic can be better assessed and given that the financial position of the group allows this.”

Kone Oyj published their H1 report. Orders declined by 9.4% during the second quarter, but sales declined by 0.3%. EPS figures compared year-over-year are practically flat and their cash flow numbers were pretty strong. I am positively surprised by their strong performance, but we need to remember that they are typically having “long-lead” sales, hence why the decline in orders might have a lagging impact later on in the year.

Noble 30 Index members are identified with a ⚔ behind their name. Hereby an overview of European Dividend Growth Companies announcing Q2 / H1 earnings in the upcoming week.

Pollies Dividend shared this week the latest update about the amount of dividend earned by Dutch Dividend Investment bloggers. I find this post always very inspiring, because it gives me a feeling that we’re not alone!

The Conservative Income Investor wrote a very interesting post in which he triggers us to think at selecting companies with 10% revenue growth that are at a “defensible” valuation. I wonder if I could find some nice dividend stocks via such an approach. I guess I’ve got some homework to do 😉

Mr Groeigeld wrote a post (in Dutch) about some changes made by deGiro and how it impacts his portfolio. Unfortunately there is some impact, because for some stocks deGiro will not automatically give you the 15% dividend tax, but rather the 30%. Not a good development! Again, I’ve got some homework to do to assess the impact.

I like listening to Jim Cramer’s Mad Money. He often brings a lot of CEO’s on the show which provides a great source of information to us as amateur investors. Today’s theme though is the start of Q2 earnings season. Have look at Jim Cramer’s game plan.

That was it for 5-Bullet Sunday, edition #29

I’m looking forward to see who wins the Formula 1 of Hungary today (I ♥ Budapest). I’ll also make sure to get some good sleep so that I’m prepared with my popcorn for a great week of earnings 💪

An ice cold Pepsi ❄️ is just the best after a

Best read with a delicious Latte or Tea ☕

Best read with a delicious Latte or Tea ☕

We are not the Joneses

We are the eDGI family

We don’t focus on others and what they think of us.

We focus on our goal: happiness & financial independence.

It's always important to know your stuff!

What's your favourite country of beer-origin?

I like the fact that Dividend Growth stocks typically increase dividends more than the rate of inflation.

Who gets a 6% annual salary increase - every single year?